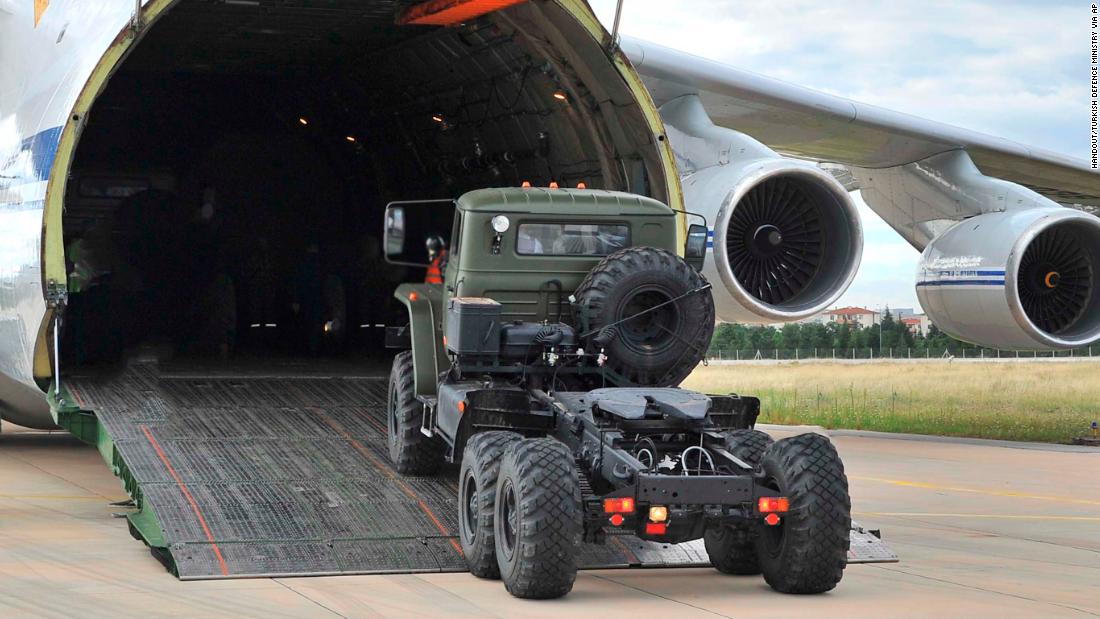 Washington, President Donald Trump says Turkey will be banned from purchasing American F-35 fighter jets after it acquired a Russian air defense system, but made no mention of sanctions that the US is legally required to impose in response, worrying lawmakers on both sides of the aisle.

“Because they have a system of missiles that’s made in Russia, they’re now prohibited from buying over 100 planes,” Trump said of Turkey during in a Cabinet meeting. “I would say that (F-35 manufacturer) Lockheed isn’t exactly happy. That’s a lot of jobs. And frankly I’ve always had a very good relationship” with Erdogan, Trump added.
In the tussle with Turkey over the Russian air defense system, a thorny mix of diplomatic and technological challenges are intersecting with the President’s affinity for strongmen leaders and his tendency to execute international diplomacy based on his personal relationships.

The result, said analysts and former officials, is that after months of Trump administration vows that Turkey will face sanctions for the Russian purchase — which creates a threat to US national security and undermines the North Atlantic Treaty Organization — those punitive measures are being put off by the President himself.
“The President is the clear cause of the delay,” said John Hannah, a senior counselor at the Foundation for Defense of Democracies. “He doesn’t want to pull the trigger on sanctions and torpedoing Turkey’s purchase of the F-35 fighter jets. In the first place, he’s got an unfortunate affinity for Erdogan.”
Hannah noted that at the June G-20 meeting in Japan, Trump undermined US policymakers when asked about the S400 purchase. “Instead of reading Erdogan the riot act in a last-ditch effort to warn him off the S-400 deal, the President accepted hook, line and sinker Erdogan’s ridiculous claim that it was all President Obama’s fault, and that Turkey was somehow justified in alienating NATO and cozying up to (Russian President Vladimir) Putin,” Hannah said. 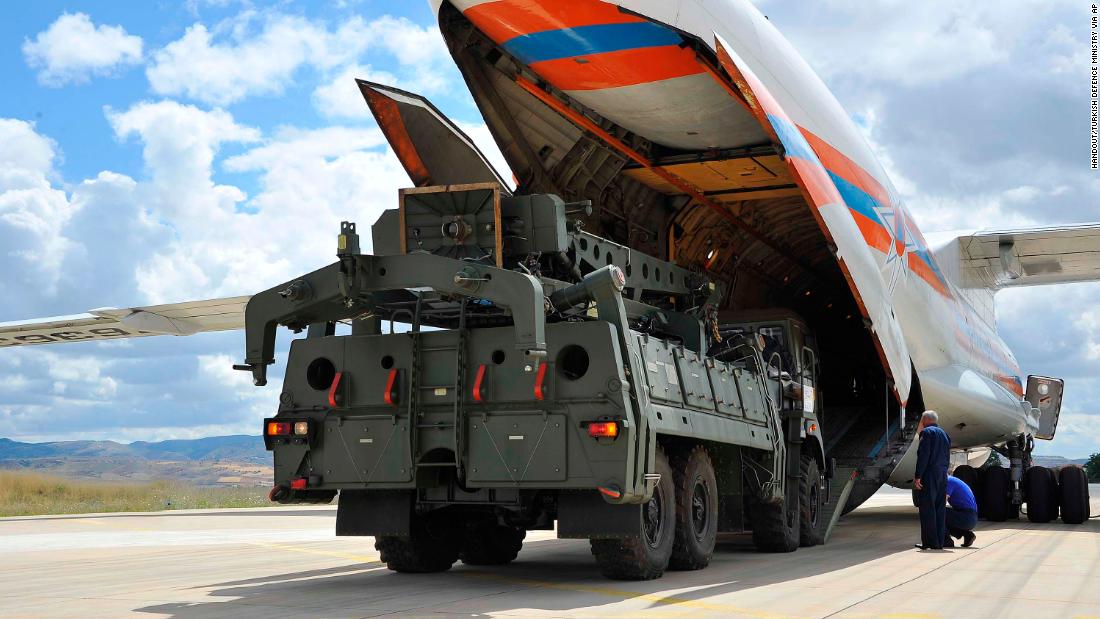 Behind the scenes, administration officials including Secretary of State Michael Pompeo and national security adviser John Bolton were pushing to move forward with sanctions, but Trump has been dragging his feet to preserve some sort of a relationship with Erdogan, according to a source familiar with internal deliberations at the NSC and State Department.
On the Hill, where there is solid bipartisan support for action against Turkey, Republican lawmakers quietly phoned the President to push him to sanction Ankara. On Friday, a Pentagon briefing on Turkey’s purchase was scheduled and canceled, the ceremonial podium set up and then taken down.
As reporters waited for briefing Monday, congressional aides were told that Trump was meeting with State and Pentagon officials in the Oval Office to discuss options on Turkey. Monday’s briefing was then canceled.
“It suggests he sent them back to the drawing board and doesn’t want to sanction them — which is a huge problem for us, all of us,” one Senate aide said.

The tussle over the Russian air defense system reflects a relationship that has frayed over the past few years as Ankara has increasingly come to see Washington as an unreliable, and in some cases, antagonistic actor.
The US invasion of Iraq allowed the Turks’ existential rivals the Kurds to establish some autonomy. The US then started training and working with Kurds in an attempt to defeat Syria’s Bashar al-Assad. Washington has subsequently refused to extradite the cleric that Erdogan blames for plotting a 2016 coup against him — one in which he sees the US as complicit.
That percolating distrust erupted when the US asked Turkey not to buy the Russian system and Erdogan flatly refused. Instead, the increasingly authoritarian Turkish leader marked the anniversary of the failed coup attempt on Monday by accepting plane loads of S-400 components.
Speaking at the White House on Tuesday, Trump laid the blame for that purchase at the feet of the previous administration, saying it had refused to sell Turkey US-made Patriot missiles. That isn’t accurate, analysts and officials involved in that sale said. The US has worked to sell Turkey a Patriot missile system since 2013, but Washington had balked at Turkey’s technology transfer demands. 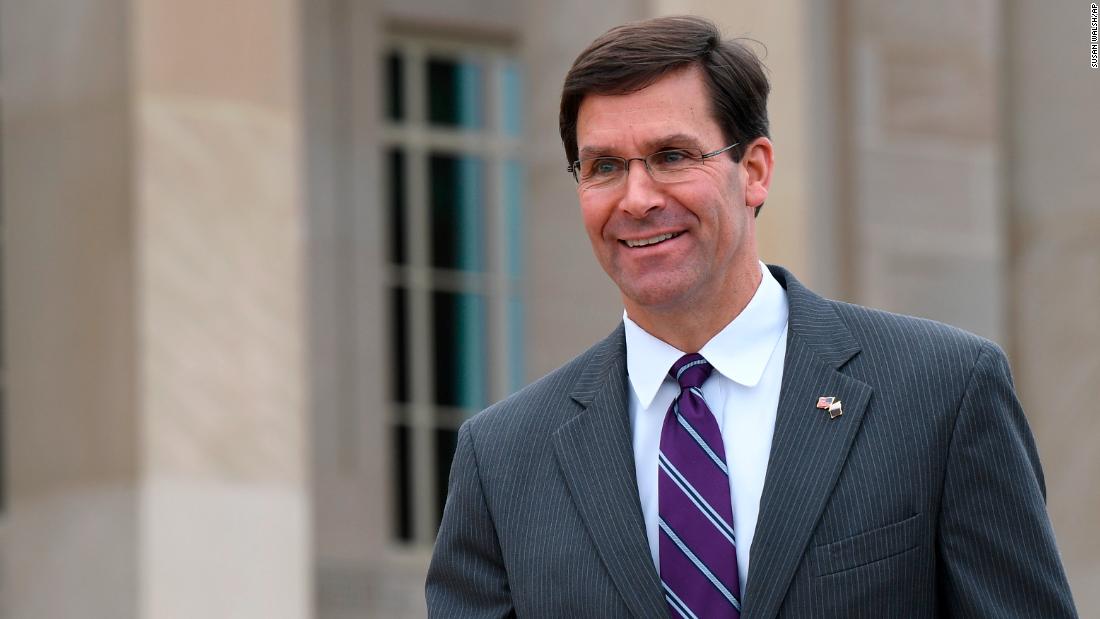 Trump’s pick for secretary of defense Mark Esper said Tuesday that Turkey has “been a long standing and very capable NATO ally, but their decision on the S-400 is the wrong one and it’s disappointing.”
The S-400 poses a real threat to US national security, analysts said. The Russian system is built to defeat US stealth technology, leading officials in Washington to worry that if Turkey took delivery of F35s, the Russian system could be used to collect valuable information about the fifth-generation fighter jet.
Trump said the decision to ban F-35 sales was one he was making reluctantly.
“We are now telling Turkey that because you have really been forced to buy another missile system, we’re not going to sell you the F-35 fighter jets,” the President said. “It’s a very tough situation that they’re in and it’s a very tough situation that we’ve been placed in, the United States. With all of that being said, we’re working through it, we’ll see what happens. But it’s not really fair.”
“Because of the fact he bought a Russian missile, we’re not allowed to sell him billions of dollars worth of aircraft. It’s not a fair situation,” Trump continued.

James Townsend, a former deputy assistant secretary of defense for Europe and NATO, now with Center for a New American Security, who was involved in negotiations with Turkey about the Patriot system, said Trump’s comments were “clueless.”
“Either his staff doesn’t know or they’re afraid to tell him,” Townsend said, or the President is being “manipulated” by Erdogan.
Townsend noted that despite Trump’s regret about the F35s, Lockheed probably would not want to sell the jets if there was a risk it would compromise their technology.
Even though Turkey belonged to the international consortium that funded the F-35’s development, lawmakers and administration officials felt the risks were too high to allow the purchase. They warned repeatedly that Turkey would face punitive measures if it went ahead with the S-400s.

‘We will raise hell’

But Trump didn’t raise the prospect of new sanctions on Monday, even though the first shipment of the Russian-made S-400 air defense missile system landed in Ankara last week.
The law that requires the administration to sanction Turkey calls for the executive branch to act first and it leaves little to no room for Trump to grant Turkey a waiver, analysts said.
One Republican aide said the President could find some wiggle room in the fact that it will take months before the S400 deliveries are complete. But even Republicans say they aren’t sure what the White House is thinking. “We are trying to figure out what is going on,” the aide said.
This source said members of Congress, waiting to see some action, are increasingly concerned by the delay.
“If they break the law, we will raise hell. The law is the law,” the Republican aide said.