If you ask most experts in the cancer community, creating a wide-ranging vaccine that prevents tumors like we prevent infectious diseases is damn near impossible.

“They may be right,” Stephen Johnston says, but “if the chance is 10% that it might work, I can’t see any reason why we shouldn’t take that chance.”
Johnston isn’t an oncologist. He’s a scientist, inventor and director of Arizona State University’s Center for Innovations in Medicine. He recently launched a clinical trial to test a cancer vaccine in hundreds of dogs across the country. The trial will examine whether the vaccine delays or prevents a variety of cancers in healthy, older dogs. If it’s successful, Johnston says, it could lay the groundwork for developing a similar vaccine for humans.

Johnston initially wanted to test the vaccine in humans, but the cost and approval process were proving to be major roadblocks. Then Johnston met veterinarian Doug Thamm. Thamm is a cancer survivor and director of clinical research at Colorado State University’s Flint Animal Cancer Center.
“Cancer is actually the leading cause of death in adult dogs,” Thamm says. “They develop these tumors spontaneously as a result of old age in a way that’s very, very similar to the way humans do.” 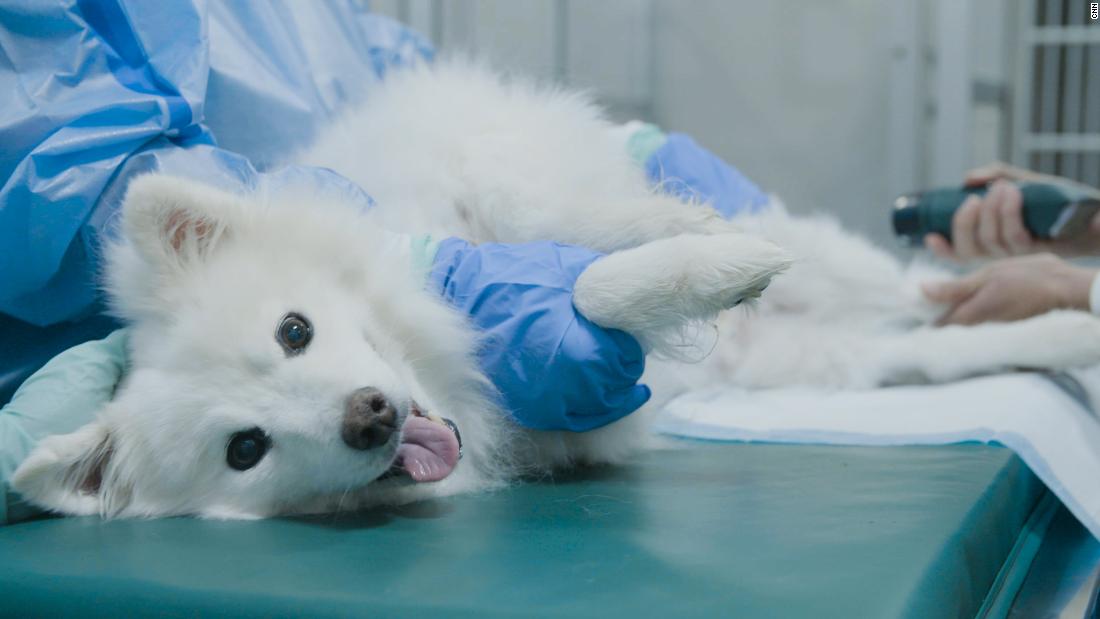 Many canine cancers are also similar to human cancers on a molecular level. This has a lot to do with our shared environments, Thamm explains — we breathe the same air, drink the same water, run on lawns sprayed with the same chemicals. Thamm told Johnston dogs are also ideal for a study like this because they don’t live as long as humans, so researchers will be able to see whether the vaccine works in three to five years instead of 10 to 30.
So Thamm and Johnston decided to undertake what they say is the largest interventional clinical trial ever in canines. It’s called the Vaccination Against Canine Cancer Study.
As part of the trial, veterinarians screen the volunteer participants for any health problems. Half of the dogs will receive the vaccine and the other half will receive a placebo. Neither the owners nor the vets know which dogs are getting the vaccine, so they can’t impact the study results. The dogs will receive four doses initially, and then yearly boosters for five years as long as the study continues.
It’s a clinical trial model that’s worked before, says Dr. J. Leonard Lichtenfeld, the interim chief medical officer at the American Cancer Society. The cancer drug Imbruvica, for example, was first tested in dogs before being developed for humans.
There are two possible outcomes, says Thamm. “One is there is less cancer in the dogs that get the vaccine. That would be a huge victory.”
“A second outcome that could be, I would argue, almost as valuable, is if we delay the onset of cancer. If we have a 9-year-old dog who would normally get cancer at 10 and instead that dog doesn’t get cancer until 12, that’s two more years of healthy life that we can potentially provide.”
Of course, there’s a third possibility: that the vaccine doesn’t work at all. 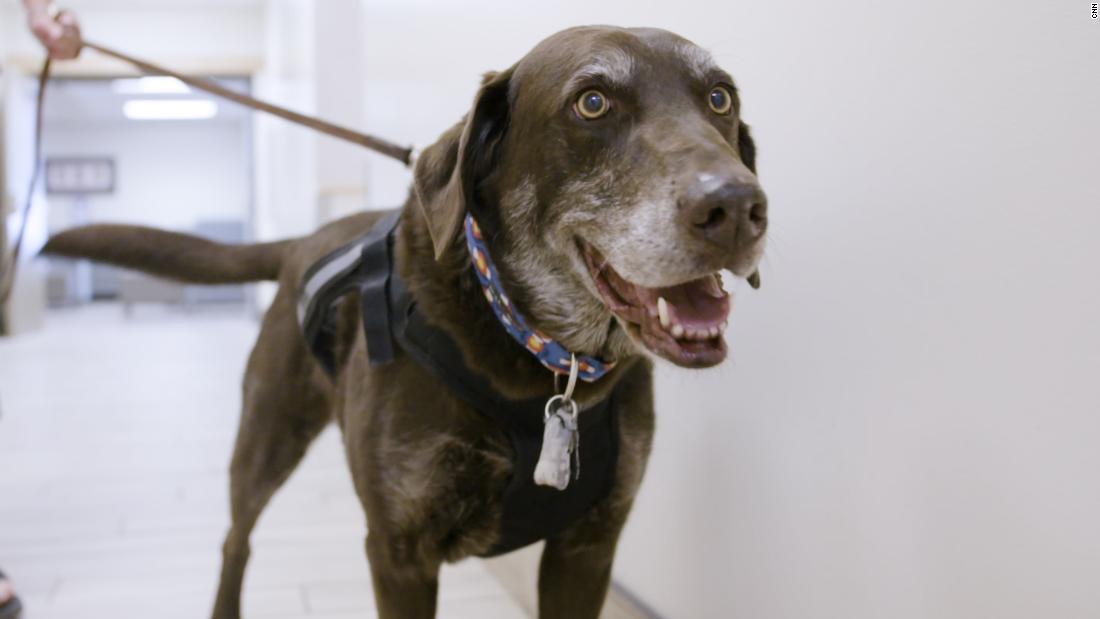 Thamm emphasizes that they are not inducing cancer in the dogs participating in the trial; the dogs will be given the vaccine and then followed in their normal environments for the next several years.
“Owners have really been overwhelmingly positive about the idea behind this trial. They, of course, loved the idea that they have the potential to participate in research that might help other dogs, and even people in the future.”
CNN reached out to PETA, People for the Ethical Treatment of Animals, which said the study appears to be similar to human clinical trials where the subjects are volunteers and allowed to continue to live in their own homes. PETA opposes experiments where animals are held in artificial conditions and then killed.

Vaccines teach the immune system to recognize dangerous invaders quickly and fight back. The same way an athlete develops muscle memory during training, vaccines help your immune system develop memory cells so antibodies can respond better and faster to antigens (any foreign cell or substance that triggers an immune response).
In other words, vaccines prepare your body so that in the case of war — your body vs. XYZ infection — your body wins.
The problem with developing a cancer vaccine is that cancer cells are pretty complicated, Lichtenfeld says. They don’t look nearly as foreign to the immune system as viruses like the flu or measles do. They have multiple proteins, so it’s difficult to target specific antigens that exist across several types of cancer. And there’s obviously a big risk in giving altered cancer cells to humans.
The concept of cancer vaccines has been around for decades, he says. But they’re primarily therapeutic vaccines, given to treat patients who have been diagnosed with cancer. Therapeutic vaccines are often personalized using cancer cells from the patient to boost their immune response, so they can be expensive — often costing patients more than $100,000 for a year of treatment.
Two vaccines have also shown themselves to be effective in preventing cancer: the human papillomavirus (or HPV) vaccine, which can prevent cervical cancer, and the Hepatitis B vaccine, which can help prevent liver cancer. But those vaccines work by fighting against the viruses that cause cancer, not cancer itself. 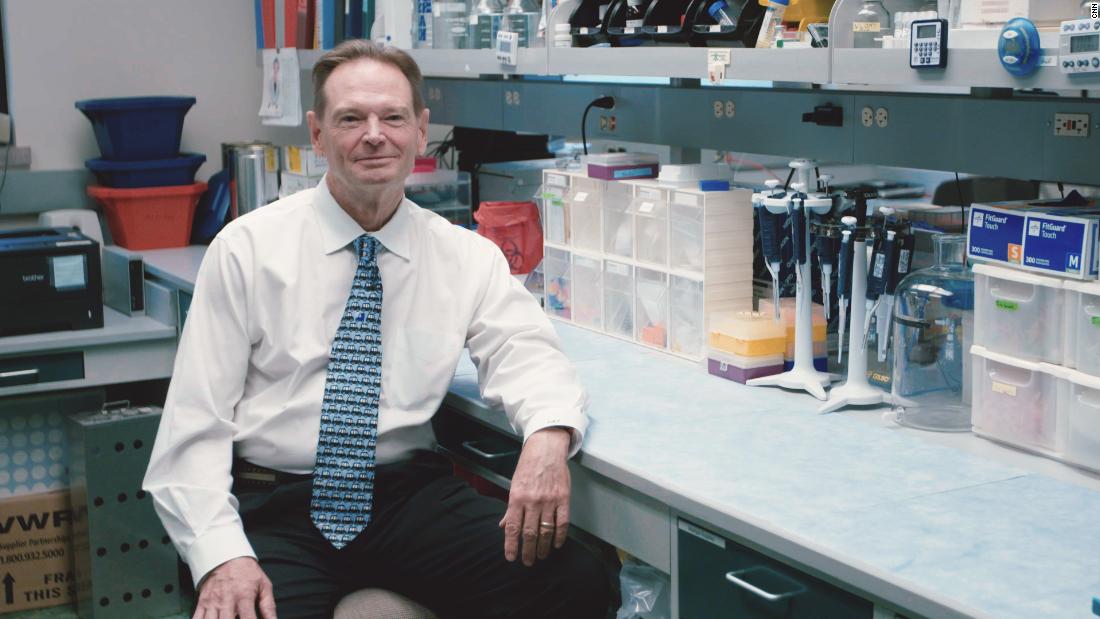 Johnston says his vaccine, if it works, would prevent a broad range of cancers from ever developing by having the immune system attack cancerous cells early. And he wants it to cost between $100 and $500 per dose, about the same as most infectious disease vaccines.
To create the vaccine, Johnston and his team screened 800 dogs who had at least one of the eight cancers most often found in canines. They identified a few hundred neoepitopes that the tumors from all eight cancers had in common and used 31 to develop the vaccine. Neoepitopes are the parts of a cancer cell that the immune system can target.
“We anticipate if we vaccinate with these 31 components ahead of time, just like an infectious disease vaccine, the dog’s immune system will be prepared — pre-prepared to see a tumor and kill it,” Johnston says. 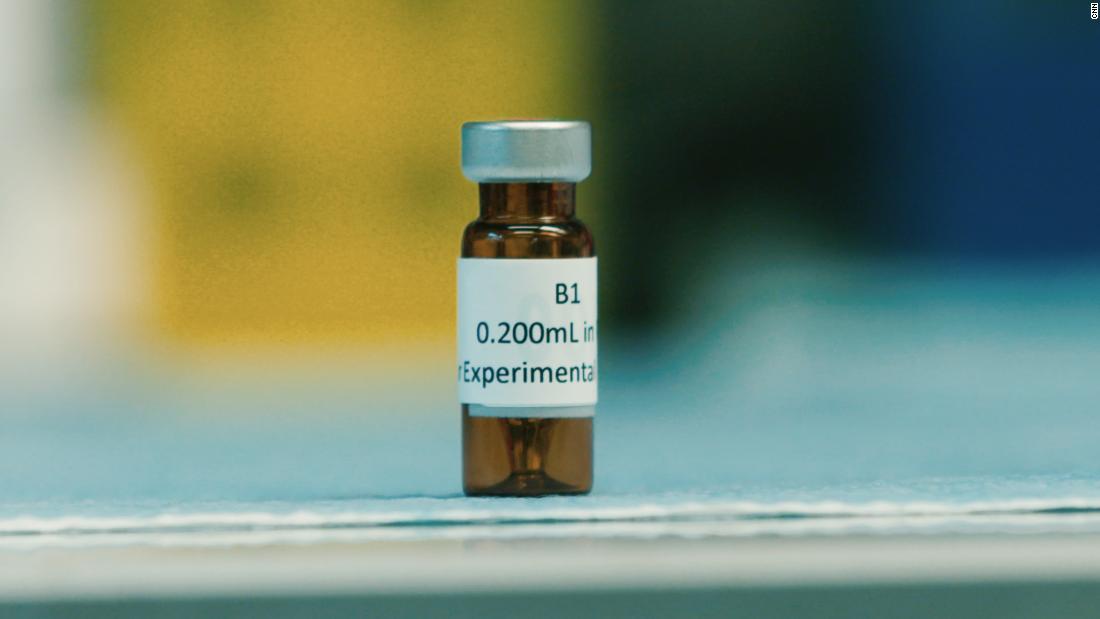 To work, the vaccine will have to train the immune system to recognize cancer cells very early.
“(Tumors) have stealthy devices; they have ways of suppressing the immune system. At an early stage, a tumor hasn’t evolved all those capabilities, so we think we have an inherent advantage by attacking very early,” Johnston says.
Even if the vaccine works in dogs, the team has a long road ahead to get approval for a human clinical trial. Animal testing is often unpredictable, and the vast majority of drugs tested in animals are never approved by the FDA for use in humans because they are deemed unsafe or ineffective.